As "everybody knows", distributed transactions died as the Internet age has begun. MTS, MSDTC, J2EE books get dusty while programmers write cloud services fighting eventual consistent data storages like Cassandra and Mongo. Meanwhile, the timeless SQL is always there for financial transactions.

The team that works on Orleans framework is used to doubt universal "truths". In order to prove that distributed objects if properly used can be successfully applied in building effective scalable applications, this team has offered a convincing alternative to the Erlang/Akka approach to actors' model.

The support of scalable distributed transactions is one of the latest Orleans' innovations, which disproved popular misbeliefs. Sergey Bykov will tell about it along with other framework's advanced functions. 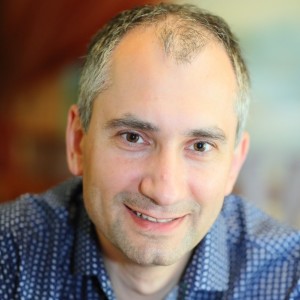 Sergey Bykov is one of the Orleans project founders at Microsoft Research and continues to lead its open source development now in the Xbox division. Before joining Research Sergey worked in several Microsoft groups, from BizTalk and Host Integration Server to embedded operating systems for POS terminals and Bing. The mediocre state of developer tools for cloud services and distributed systems at the time prompted him to join the Orleans project in order to improve developers' productivity in this field.